What I learned from Coach Pop and Euroleague MVP Sonja Petrovic 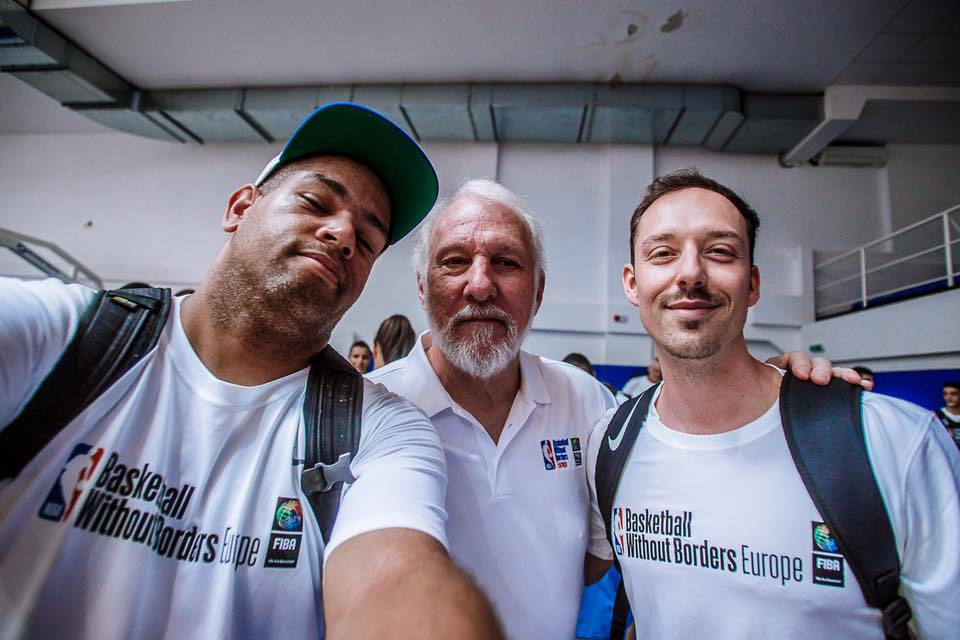 In 2018 Olivier and I got invited to join the coaching staff at the NBA Without Borders camp in Belgrade – Serbia. The camp is held for the top prospects from all over Europe, and lead by NBA trainers & players.

When we arrived at the camp it felt very overwhelming to me, the vibe was totally different than what we’re used at the EA camps. For me it felt like there was this vibe of “entitlement” from both players as coaches.

You had this feeling like you had to promote yourself or prove yourself all the time. You could very easily see the different layers of all the people at the camp, where the top players looked unapproachable.

And then there were Greg Popovich & Sonja Petrovic…

From all people present at camp these two people were probably the ones that had had the most accomplished careers. But for me, what stood out was the way they behaved: super approachable, engaged with the kids, connecting with everyone from the volunteers to the people who filled the water bottles. They just had this calm appearance of being very respectful, and friendly.

In the academy we refer to these qualities under the acronym “CNP”  or certified nice person.

On one of the days at the camp all the NBA & WNBA players could share some knowledge with the players. All the NBA players talked about the sacrifices you have to make to get to the top and working hard and then it was Sonja Petrovic’s turn all she said was “My biggest advice I have for your life is that it doesn’t matter if you’re a good player, it doesn’t make you more special than everyone else. Always stay humble and treat everyone with respect.”

That was something that I will never forget, it had a really big impact for me. The message at that time was so strong, that from that moment I knew that my future didn’t belong in the NBA.

In the beginning years of EA I had dreamt of working with NBA players or with a team but that moment my dream got smashed and I knew I was meant to do things differently.

One day during lunch our crew was sitting at a table and there was still one spot free and coach Pop walked in and asked if he could sit at our table. What for us felt like an enormous privilege… we talked for over an hour about a lot of things outside basketball and in the end I asked him “why do you think you get so much respect from all players, what do you do differently then other coaches?”

His answer was:   “I treat everyone the same, it doesn’t matter to me if your name is Tim Duncan or you’re a rookie I will tread you the same. My biggest advice is don’t always go at your players if they did something wrong, try to use humor as much as possible to solve things.”

He even said that he would never pick a player in his team if he doesn’t have a sense of humor.

We can’t take our selves to seriously all the time, in the end our job is playing a game: throwing a ball in a rim with a net on.