The Game Has Changed: My Plan For Off-Season 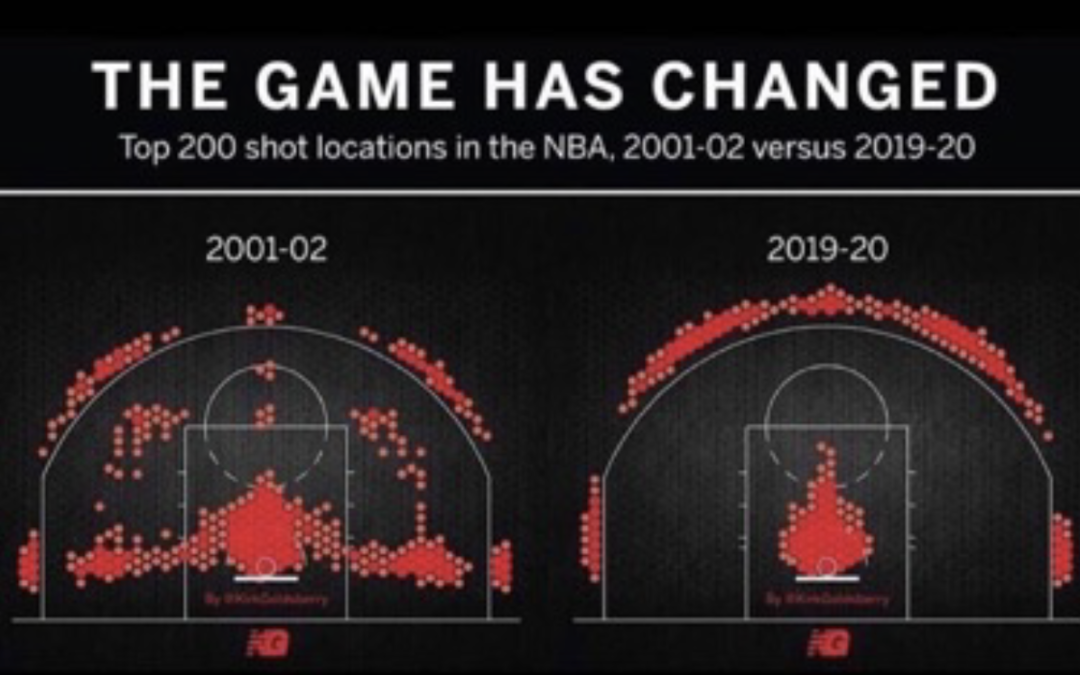 In this article I want to share with you my thoughts and my plan for the off-season.

Everyday my morning routine is watching a couple of condensed highlights of some NBA games from the night before. What I occasionally like to do, is take some stats watching the games: for example on how do they score: catch & shoot 3’s, floaters, extended finishes, fade-aways, off the dribble shots, same foot / same hand finishes, 1 step & up’s, …

So last week I was watching Utah Jazz – Golden State warriors. The game was won by Golden State 119 to 116. During the game I was tracking how many scores came from 3pointers, midrange shots or in the paint. For me it was crazy to see that in the whole game only 6 points of the total of 235 points where made midrange! Everything else was a 3 pointer, shot in the paint or a free-throw. 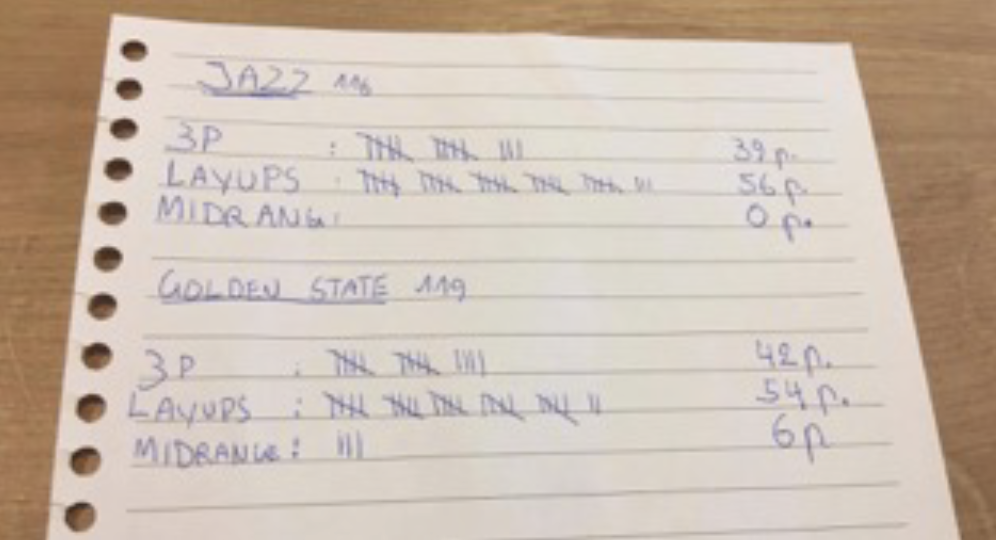 Watching the game just made my think about how we approach practice and what is truly making our players better. In the Academy our coaches vision is “love layups, like 3’s” saying that in the game we would love our players to create a layup or an open 3 pointer. The last week I’m experimenting with every small sided game that we we I add the constraint what I call “hotspot” meaning that if we play 3vs3 or 4vs4 all shots have to come from inside the paint or a 3pointer. So we eliminate the possibility to take midrange shots.

I’m not sure if I will keep it, but I love to experiment and right now this feels pretty good to me
definitely in combination that in any of my small sided games players never have more than 3
dribbles to create something. The players automatically stop taking low percentage off the dribble contested midrange shots what happened a lot before. They seem to drive way more aggressively trying to get inside the paint and there is a lot more movement off the ball to create an advantage.

Our pace is way faster and they automatically become better in making “0 second” decisions.
For me next month the off-season starts.

👉  This year my focus will be on really the basics of basketball:

1️⃣ shooting technique / shooting under pressure:
can players be consistent and make 3p on a high % and do they feel comfortable shooting from game spots out of game situations with live defenders

2️⃣ finishing inside the paint:
players don’t need to have tons of finishing moves, but they need to have 1 go to move in every concept of finishing:
* can they finish on 2 feet
* finish extended
* have a solid shot fake move
* 1 step & up
* secondary finish
* pul-lup / fade-away inside the bucket

3️⃣ soft touch package:
I think the most used move in the league right now is a teardrop. It’s crazy how many floaters you see in today’s game so every player should have at least 1 option on 2 feet (teardrop) and on on 1 foot (floater).

4️⃣ shooting free-throws:
Pretty much 90-100% of my practice right now is a game where we keep scores from start to finish. The player with the highest score in the end of the practice is the “Mufasa or King of the court”. It creates a super competitive practice environment where players keep focus from the start. After every mini game I let them shoot 2 sets of 2 free-throws, every free-throw they score is 1 extra point for them. In the end it comes down a lot to who made his free-throws so this way we create some kind of game specific pressure with every free-throw they shoot.

5️⃣ 0 second decisions & adding triggers to create an advantage:
The style of play that we want to create, focuses a lot on 0 second decisions: can players make the decision to shoot, drive or pass on the catch. Trying to create or keep the advantage and not slowing the game down. All our small sided games I’m trying to give extra constraints to make them use triggers: pick & roll, of the ball screens, get actions, zooms, dribble hand-offs.

My experiment for this summer will be: stop letting players shoot midrange shots and focus each practice on the same thing: shooting, finishing, playing fast, efficient & with triggers.

Let’s see how it goes and feel free to send me your thoughts in the comment box below.

I’ll share more about how the experiment goes during the summer!

Btw, we’re finishing off the last section of our Online Traineeship Course. If you want to know more or get the info first when it’s Live, sign up here. 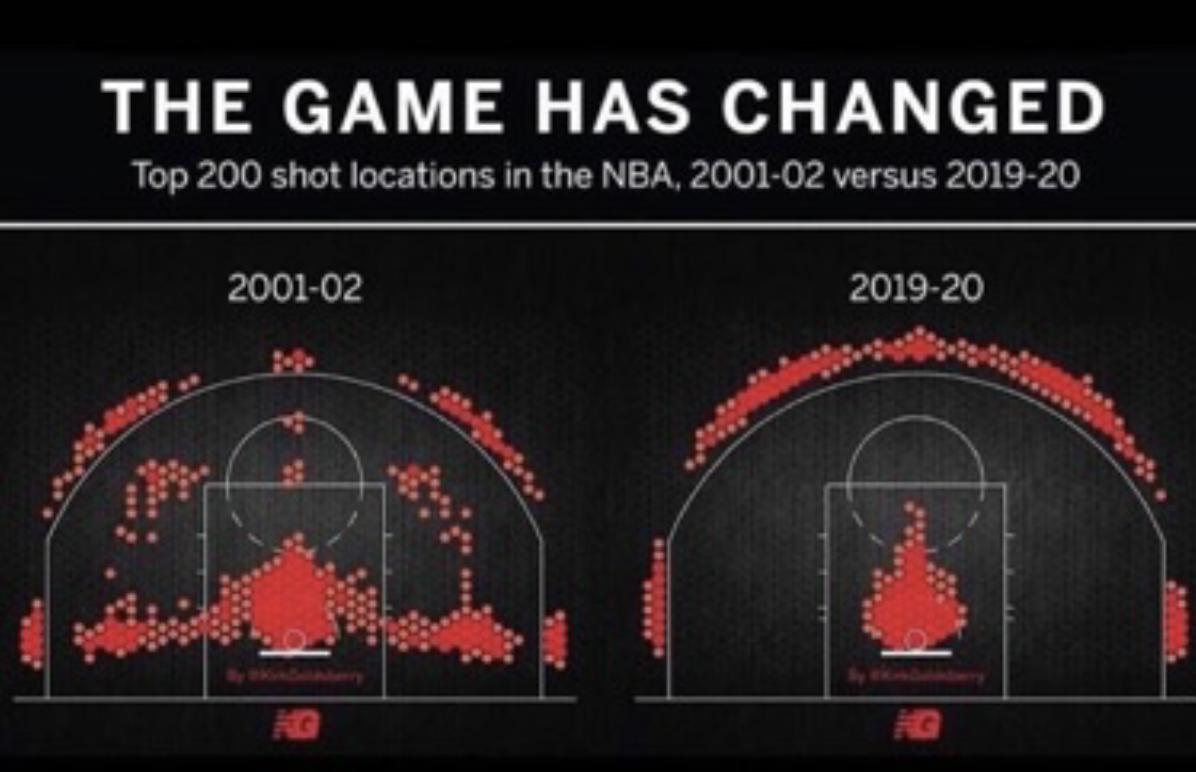