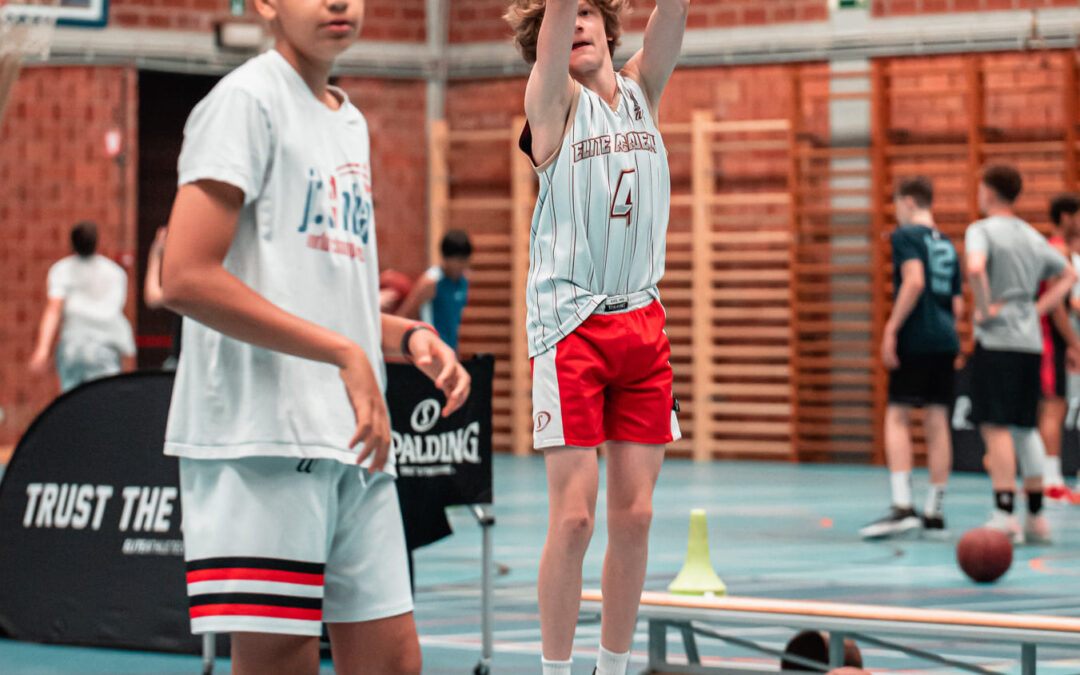 Shooting should be a passion for every coach. It is the single most important skill in basketball.

Coaches have to give players the tools to shoot consistently, teaching them to be their own coach
and by being able to self-review.

We notice that some players get disengaged when doing form shooting, and just go through the drills without being focused, in particular older players, who already have (or think they have) their shooting motion locked in.

Young players still need a lot of form shooting to develop their muscle memory. That is why we need to mix it up often.

Players can work on form, rhythm, footwork, pick ups off the dribble, make it contested or let them shoot off go to moves. I think players should never feel bored when working on the basics.

The goal is to make it challenging for the players.

Something players also like to do is competitive shooting, where players shoot against each other individually or in teams.

That way coaches can make it fun working on the basics.

Something Olivier Goetgeluck told me last week:
“The next step in thinking about this is: can we find ways to teach players to engage their minds
themselves, also when it is not games approach, but during ‘block’ practice. We want the players to practice mindful repetitions.

For example, to give perspective from another domain: In martial arts they talk about external and
internal practice.

A form is externally visible, the intention for example – or where you place your attention is internal.
Teachers observing practitioners in these arts often say “no internal development” when a student
is not present during their practice.

Internal work relates to how you bring your presence, attention and intention into seemingly
repetitive “forms”. They are actually never the same when you are present in them.

Form shooting practices are deep present, attentive practices. In Zen they practice archery for
example as a physical extension of sitting meditation.”

I think as coaches we can give players multiple options to keep them engaged during basic form shooting by mixing it up and making it more fun.

At the same time we want players to train to activate this “internal muscle” themselves and become absolutely aware in – what on the outside looks like – repetitive practice.

“What looks like a talent gap is often a focus gap.
The ‘all star’ is often an average to above average performer who spends more time working on
what is important and less time on distractions.
The talent is staying focused.”
– Atomic Habits

Mathieu Detiege is head coach and skills trainer at our Elite Academy. At EA he leads shooting specialization work and weekly mini-basket sessions at our Facility. Follow Mathieu at @mathieudetiege