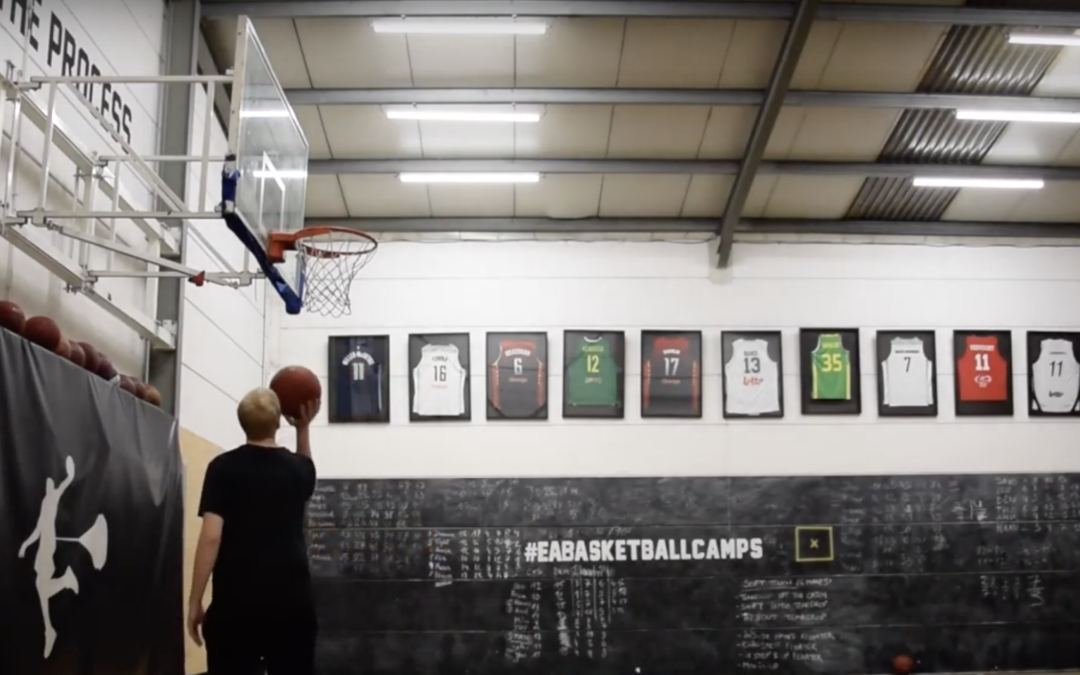 When I watch some young players get into the gym, they immediately start shooting threes or take out of balance shots. When they miss a lot of those shots, they get bored quickly, because they don’t see the ball go through the hoop and quit, without even breaking a sweat.

5 ways to help players to become a better shooter:

1. Have a clear plan

Players should always start with form & rhythm shooting to see the ball go through the hoop and then start shooting game-like shots. Stationary and on the move catch & shoot shots, dribble pull ups, shots off go to moves,

When working with a partner, players can help each other to become better players. They should take good rebounds and give good passes to each other.

When you are shooting alone, try to shoot focused, so you don’t shoot bad shots and have to take long rebounds. Go for a BRAD (Back Rim And Down) shot every time.

2. Don’t get tired in the process

When players don’t see fast improvements, they sometimes give up way too quick. Players  should trust the process and don’t get bored taking mindful repetitions.

Statistics say that players make on average around 30-40 made shots at team practices.

Players should schedule extra time for improving their shot, because you can’t rely on team  practices to become a better shooter.

Players need to try to get better and focus on the details  every time they set foot in the gym.

Repetitions with awareness to footwork, form and balance are crucial in becoming a great  shooter.

Great shooters make around 300-500 shots every day. That means when a good shooter  makes 300 shots, they probably shoot over 400 shots.

There is no doubt that when players take good shots consistently and build movement memory, they will improve their shooting tremendously.

5. Put pressure on every shot

Like in a game, every shot should be an important shot when working on shooting.

As a coach or  as a player you can put pressure on every shot by charting shots and trying to shoot above 70%  or adding a task after missing a certain amount of shots in a row.

For example, when a player misses 3 times in a row, they can sprint/run up and down the court.  That puts pressure on their shot and they will need to stay focused.

Free throws are some of the most important shots in the game, players can set a goal to finish an  amount of shots in a row before leaving the gym. For example make 5/5 or 10/10 free throws.

Players will get frustrated when not making the shots, but they will need to re-focus every time and  it will make it easier when shooting in a game.

“When people say god blessed me with a beautiful jump shot, it really pisses me off. I tell  those people, ‘don’t undermine the work I’ve put in every day.’ Not some days, Every day.”
– Ray Allen

Here is a youtube link to a pre-practice shooting routine that you can share with your players:

Mathieu Detiege is head coach and skills trainer at our Elite Academy. At EA he leads shooting specialization work and weekly mini-basket sessions at our Facility. Follow Mathieu at @mathieudetiege