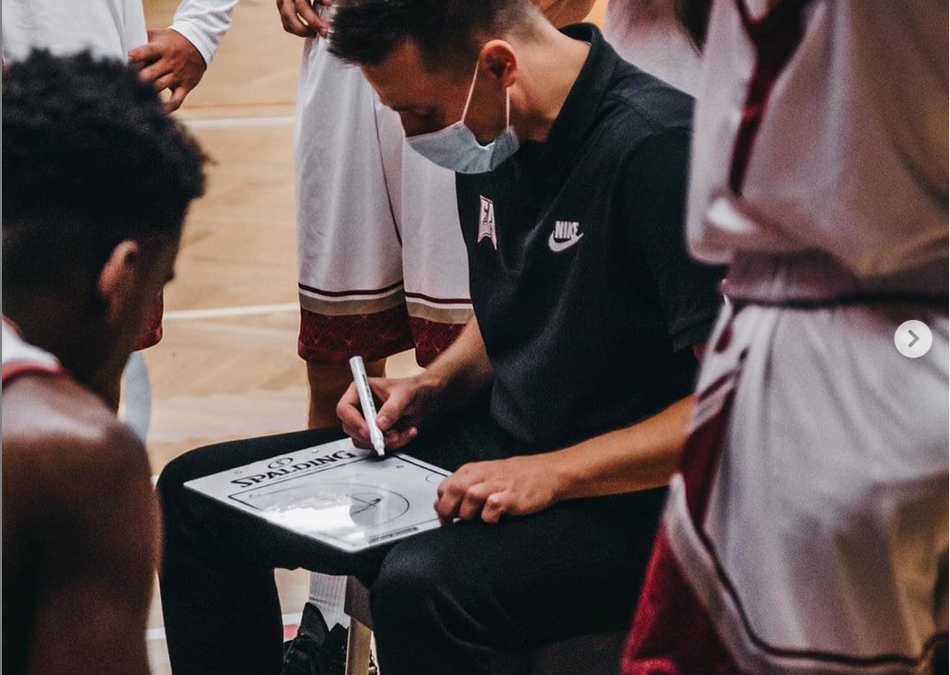 The post below is an longer verbal clarification to the recent video I made on Corona Proof practice with my Elite Academy guys.

1 Starts in the corner with a self-toss to the wing.
Drives either base or middle and finds the window to 2.
After the pass X2 has the option:
A) Hands down = shot
B) 1 step towards ball + hands up= drive for lay-up or mid-range score (depending on what to train by the coach)

Focus points:
1 should drive to score and be able to give a one-handed push pass out of the dribble as well as a late pass in the air. Important is that eyes sell the pass. Let them play with the eyes to ‘fake’ the defender on the bucket lines. 2 should find a window so he breaks the “three in a row” and becomes visible for the driver.
We use the phrase: “Talk the task”. In which players must say what they do e.g. “middle drive” / “shot” / “drive”. This reinforces what they are doing as well as learning to communicate.

Make it competitive:
Using time:
Play multiple teams after each other – each team has x number of minutes on each side. Scores can be:

Self-Toss – Finding a window + Into & out of space 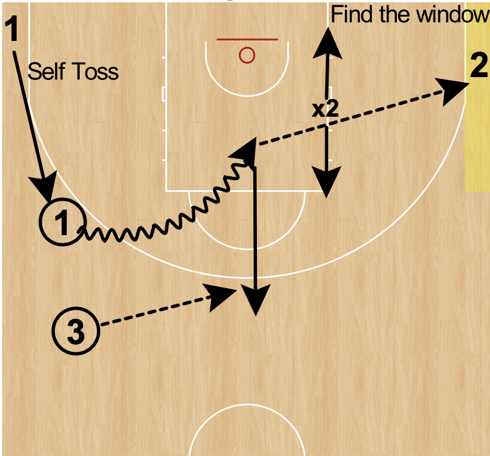 After the pass 1 sprints “out of space” as in rule #3 in our Dominoes offense: Into & out of space. An extra player (3) with the ball will pass for a shot

Focus points:
Next to all the focus points from the previous drill we must add to react quickly and sprint out of space to the best available spot. Basic rules could be:
Early pass – same side relocation
Late pass – opposite side relocation depending on location of the pass

Hot potato – Find the window + Into & Out of space

Load:
Start with a game of ‘Hot Potato’ – with a max number of passes before X1 picks a side. O1 must drive the other side and go out of space.

Only (allowed) to train with 4 and a coach? Make X1 the next guy to pass by passing him the ball after the first drive. Or pass it yourself (as a coach)

Wheel up/under + Into & out of space 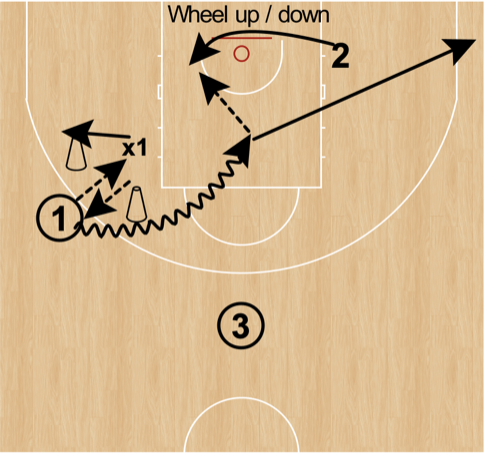 O1 has the following options:
A) If wheel up/under shows hands = pass
B) No hands = finish the drive and score
After the score, O1, spaces out for a 3p shot from 3

Loads:
Start with 3 players and don’t use the hot potato
You can also put the passer underneath the basket to have an extra spot in the out of space.

Wheel up/under – Into – Find the Window + Into & out of space 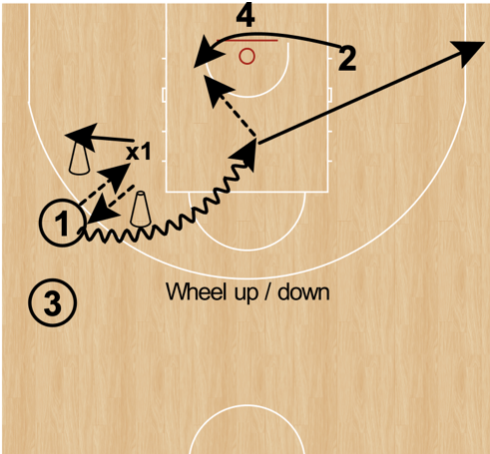 O3 starts behind O1 with a ball – we have added O4 underneath the basket (behind the baseline). 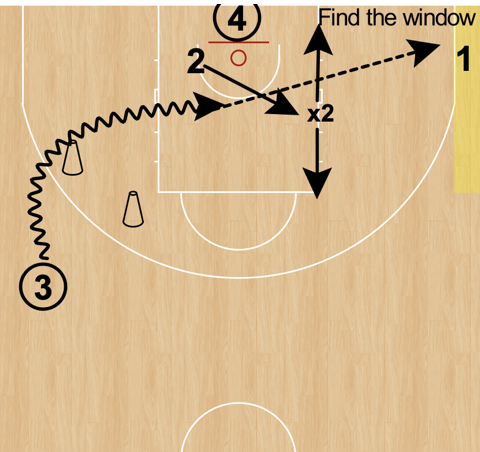 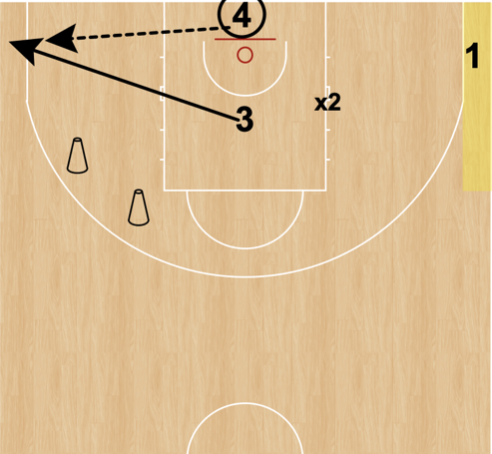