A Season of Trying Sh*t Out 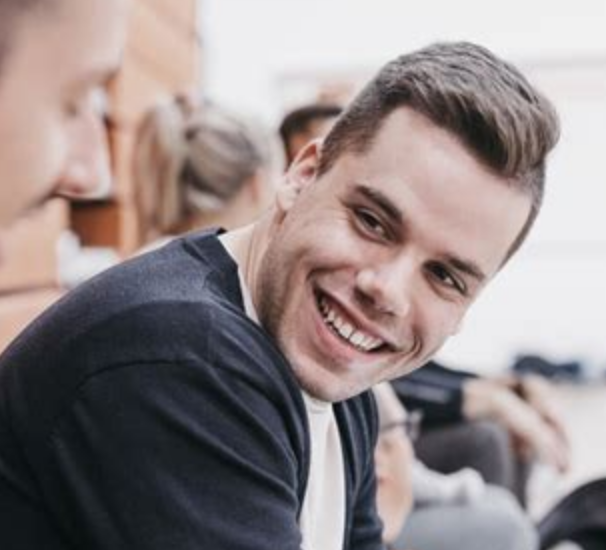 If you are beginning to read this series of blogs, you are in for a treat. Either the wild name hooked you, or you are genuinely curious about a coach going all in on trying things completely different. That’s what I did. I took an entire Canadian High School Season and blew things up. A Complete 180 on 8 years of doing things a certain way, changed in a matter of weeks to go into the 2019-2020 Season.

Why did I do this? Even now, I can’t totally put my finger on it. I think I, Tanner, got too comfortable doing things a certain way, and didn’t push myself enough to dig deeper into new ideas, and experiment. I wanted to get out of a coaching rut. The way in which we wanted to play, and treat one another was still the same as it has always been for my teams, but the methods we got to this were very different.

A quick background on me here.

In this series of blogs I will take you in depth on everything that we altered, changed, made mistakes on, would do again, and share as much with you as possible.

A list of what we altered, changed, added, or worked at is below:

Hopefully this series inspires you to challenge your beliefs and TRY something different, you just might like it.

I have dubbed this one “The Sell’ – it really was that. But before we get to me bringing these wild ideas into our program for the 2019-2020, I had to commit to them, and then “sell them” to our staff, and seniors. Here is how I did that.

This is the route I take for all meetings that have “significance”. I just feel like discussing new things, or changes to come while eating is the least intrusive, most open way of doing these kinds of meetings. It has never steered me wrong.

Lesson #1: Wait until after you order your meal (at least) to get the big stuff. Get caught up with one another before you bring in new ideas.

I had an awesome staff. Young, full of ideas, and great role models for our guys – guys who would give it all for the program.

They were easy to get on board, because of who they were, but because I was prepared.

I had gone through each of the above topics, prepared a package for each coach, to try and help our staff understand what I was thinking, why I was thinking this was going to be the way to go, and how we together could pull this off. I had to be the most knowledgeable as to why this was going to work for us. They needed to know that I had the answers, OR we could find the answers together, and that this was thought out to make things better for our group.

Have you ever gone to a store looking to purchase a product that you knew a little bit about, then asked the floor salesperson for some help with it, only to learn that they didn’t know much more than you. It erodes your confidence in that person, that store, and challenges you to spend your money.

This is what I thought about before I took all these ideas to our coaches, was I prepared, and knowledgeable enough to get my point across and show the other coaches that these new, and very different ideas were actually possible, but could work.

With this, we were off and running – there was a new desire to learn from our staff, to grow, and to take some risks. We certainly did. Now it was time for the athletes to become “buyers” of what I was “selling”.

The Seniors, that was who we had to get on board from the get go.

Same idea, I prepped a shorter overview for each of them, but more so why this could be a more enjoyable way of doing things, rather than “we will win more” – I was hopeful of the latter, but it wasn’t the priority, and this shit wasn’t tested yet. It could be garbage, the ideas of a coach searching for “new”.  Remember, no business before everyone orders.

I think this was the biggest thing we did right in the “sell” phase. We told the guys we had constructed a season plan, practice plan, and way of playing/training that was going to be more efficient, more game play, with less time at the gym/school than ever before. (The 75 minute blog will do some 2018 vs 2019 season comparisons).

They were inquisitive, but also appreciative that we were making changes to try and better their overall experience with school, as much as sport. More time to be kids, get their homework done, while still having the release of hoops throughout their day.

Lastly, because we had the conversation before the season began, the athletes felt like I cared enough to consult them (which I did! – one thing that has always been a “thing” with my teams, it is overly democratic, likely to a fault at times, but I love it) and therefore they bought into at least giving these ideas a try.

And like that, we were off. A season that no one really knew what was going to happen.

As the blog series goes, we will get deeper into the actual Basketball component of trying “shit” out.

Tanner Brightman is director at Elite Athletes and coach at our Elite Academy. Give Tanner a follow on Twitter at @TannerBrightman.